Effective treatment of an MH crisis is based on the administration of the drug dantrolene. If untreated, an MH crisis can be fatal. The estimated frequency of MH crises lies between 1:3.000 and 1:50.000 anaesthesias, the estimated frequency of genetic MH predisposition may even range between 1:2.000 and 1:3.000. MH predisposition is autosomal dominantly inherited, i.e. each carrier of the predisposition is clinically at risk and transmits the predisposition to 50 percent of his offspring Thus, the genetic diagnosis is meaningful for other family members, too. Up to now, two genes have been identified whose mutations can be causative for MH predisposition: In 70-80 percent of cases, MH is caused by a defect of the ryanodine receptor type 1 (RYR1), about 1 percent of cases are due to a defect of the dihydropyridine receptor (CACNA1S).

The diagnosis in patients with suspected MH can be made in (non human genetic) special laboratories by an extensive and invasive method, the so-called in vitro contracture test, on a muscle biopsy exposed to halothane and caffeine. In contrast, molecular genetic testing for causal mutations of the RYR1 and CACNA1S genes enables an accurate diagnosis with just a blood sample. Furthermore, the identification of a causative mutation in a family allows predictive genetic testing of at-risk asymptomatic family members.

After diagnosis, the patients receive a medical alert card or the like (e.g. bracelet) to inform the attending physicians about the MH predisposition particularly in emergency situations.

Many eye diseases have a genetic basis. The knowledge of the underlying gene defect has far-reaching consequences for the individual medical care and guidance of patients and their families.

Familial clustering of cancers may indicate that hereditary factors play an important role for cancer development in such families. Genetic counselling and molecular genetic diagnostics may enable targeted preventive screening measures and might be important for individual treatment in some tumour entities.

Numerous disorders of the nervous system may be due to genetic causes and they may be part of a syndrome affecting other organs. A genetic diagnosis may avoid stressful examinations and pave the way for an anticipatory disease management or even therapeutic options.

Hearing loss is the most common sensory deficit in humans, affecting approximately 1 in 500 newborns. Deafness has a genetic basis in two-thirds of patients. 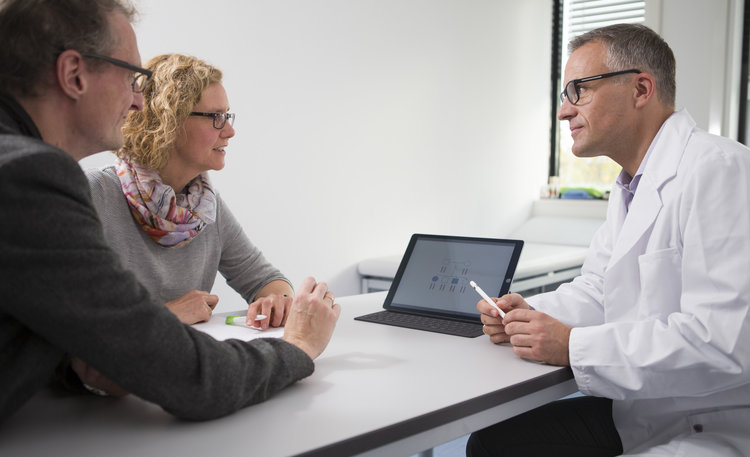 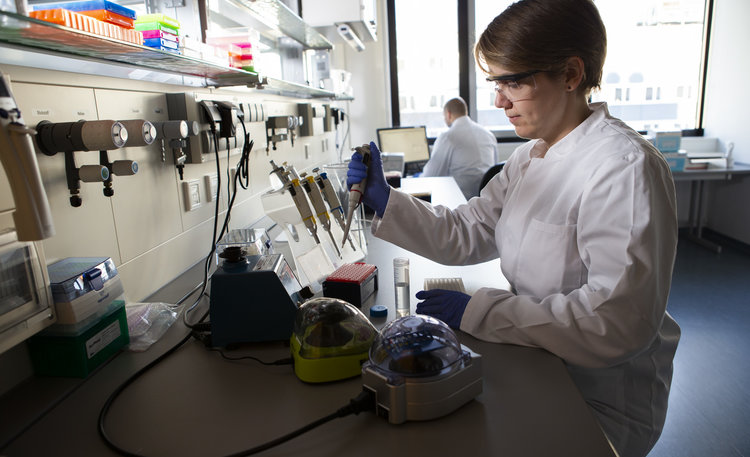